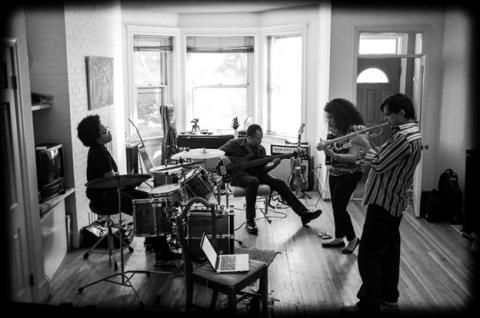 Arabic Music, Beyond the Exotic: Contemporary Arabic Music Concert:
Huda Asfour is a natural storyteller who believes in the necessity of transcending borders in both life and music. Through the tenderness of her ‘oud and the lyricism of her compositions, Asfour tells stories that challenge taboos and stereotypes. Since the establishment of her first band with Tamer Abu Ghazaleh in 2003, Asfour has released two studio albums (2009 and 2018), an original 15-minute film score (2012), and collaborated with artists from across the Arab region, Europe, the United States, and China. Accompanied by her drummer, Asha Santee, and her bassist, Derek Bond, Huda Asfour will share her music with the Middlebury College community.