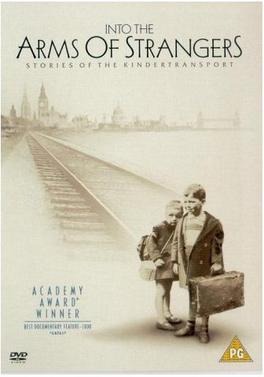 “Into the Arms of Strangers: Stories of the Kindertransport” (Mark Jonathan Harris/2000/USA/122 mins.) is the 2000 Academy Award-winning Warner Bros. documentary feature film about the remarkable British rescue operation, known as the Kindertransport, which saved the lives of over 10,000 Jewish children from Nazi Germany, Austria, and Czechoslovakia by transporting them via train, boat, and plane to England. These children, or Kinder in German, were taken into foster homes and hostels in Britain, expecting eventually to be reunited with their parents. The majority of them never saw their families again. Q&A with writer and Kindertransport participant Lore Segal to follow screening.