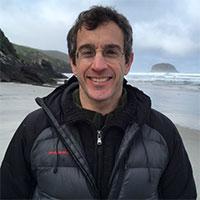 “Whale Watching from the Masthead off New Zealand: Historic and Present Global Whale Populations and Shifting Perspectives on Extinction”

During the fall 2018 voyage of the SSV Robert C. Seamans off the coast of New Zealand—an SEA Global Ocean expedition that included two Middlebury students in the Class of 2020—researchers studied a uniquely careful whaleman’s journal from the 1850s and compared this man’s sightings of whales and other marine life to what they observed and sampled. Using data from the 1850s journal and their own voyage, they created a GIS map, studied shifts in global whale populations, and analyzed what 19th-century whalemen and the general public understood about the health of these populations and how this compares to our perspectives and hindsight knowledge today. This year marks the 200th birthday of Herman Melville, a whaleman himself and the author of Moby-Dick (1851), who had some surprising and often misguided thoughts on whale populations and extinction.