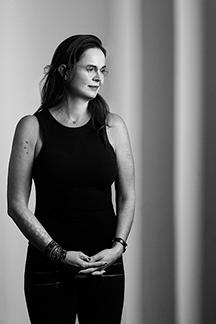 Cree LeFavour’s memoir, LIGHTS ON, RATS OUT, was published by Grove-Atlantic in summer, 2017. A writer and academic with a B.A. from Middlebury College and a Ph.D. in American Studies from New York University, she is also the author of several cookbooks, including PORK (2014), James Beard Award Nominated FISH (2013), POULET (2012), and THE NEW STEAK (2008). Her recent book, CHELSEA MARKET MAKERS (2016), is a collaborative effort with Michael Philips. She has also ghost written books and proposals for chefs and artists and has published essays on topics such as Bronte’s “Jane Eyre” and Thackeray’s “Vanity Fair.” Her work has appeared in The New York Times, The Times of London, Bon Appetit, and O, The Oprah Magazine.