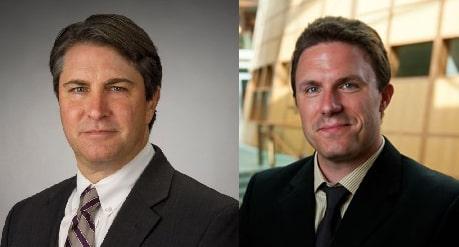 ANSWERING “YES”: PATRICK J. DENEEN, Professor of Political Science and Potenziani Memorial Chair of Constitutional Studies at the University of Notre Dame. Prior to joining the faculty of Notre Dame in 2012, he taught at Princeton University (1997-2005) and Georgetown University (2005-2012), where he held the Tsakapoulos-Kounalakis Chair in Hellenic Studies. Deneen’s intellectual interests and publications are ranging, including ancient political thought, American political thought, religion and politics and literature and politics. His 2018 book, Why Liberalism Failed (Yale), has emerged as one of the most widely discussed works of political theory in recent memory. President Barack Obama wrote of Deneen’s book, “In a time of growing inequality, accelerating change, and increasing disillusionment with the liberal democratic order we’ve known for the past few centuries, I found this book thought-provoking. I don’t agree with most of the author’s conclusions, but the book offers cogent insights into the loss of meaning and community that many in the West feel, issues that liberal democracies ignore at their own peril.”

ANSWERING “NO”: JASON BRENNAN, Flanagan Family Professor of Strategy, Economics, Ethics, and Public Policy at the McDonough School of Business at Georgetown University. He is also Research Professor in the Department of Political Economy at the University of Arizona. He specializes in politics, philosophy, and economics. He is the author of 12 books, including: Good Work if You Can Get It (Johns Hopkins, 2020); Cracks in the Ivory Tower: The Moral Mess of Higher Education (Oxford, 2019); When All Else Fails: Resistance, Violence, and State Injustice (Princeton, 2018); In Defense of Openness: Global Justice as Global Freedom (Oxford, 2018); Against Democracy (Princeton, 2016); Markets without Limits (Routledge, 2016); Compulsory Voting: For and Against (Cambridge, 2014); Why Not Capitalism? (Routledge, 2014); and Libertarianism: What Everyone Needs to Know (Oxford, 2012). His books have been translated twenty one times, into Mandarin, Spanish, Japanese, Portuguese, Turkish, German, Italian, Greek, Polish, Mongolian, Georgian, Ukrainian, and Swedish.