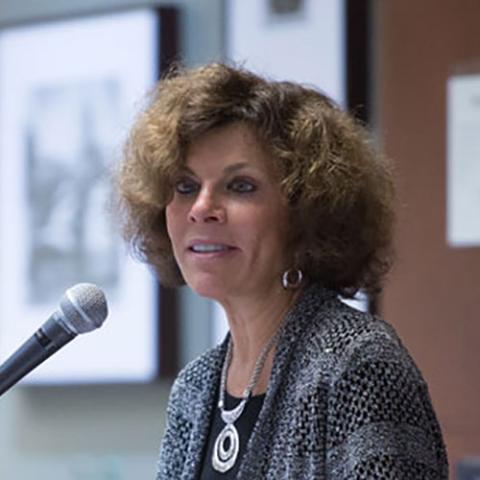 Nadine Strossen, Past President of the ACLU and John Marshall Harlan Professor of Law at NYU Law School

Prof. Strossen seeks to dispel misunderstandings plaguing our perennial debates about “hate speech vs. free speech,” showing that the First Amendment approach promotes free speech and democracy, equality, and societal harmony. “Hate speech” censorship proponents stress the potential harms such speech might further: discrimination, violence, and psychic injuries. However, there has been little analysis of whether censorship effectively counters the feared injuries. Citing evidence from many countries, Strossen argues shows that “hate speech” are at best ineffective and at worst counterproductive. The best way to resist hate and promote equality is not censorship, but rather vigorous “counterspeech” and activism.

Nadine Strossen is John Marshall Harlan II Professor of Law at New York Law School and the first woman national President of the American Civil Liberties Union, where she served from 1991 through 2008. A frequent speaker on constitutional and civil liberties issues, her media appearances include 60 Minutes, CBS Sunday Morning, Today, Good Morning America, The Daily Show, and other news programs on CNN, C-SPAN, Fox, Al-Jazeera, and in Australia, Britain, Canada, France, Germany, Italy, and Spain. Her op-eds have appeared in The New York Times, The Washington Post, The Washington Times, and USA Today, among others. Her talk will draw on her most recent book published in 2018 by Oxford.