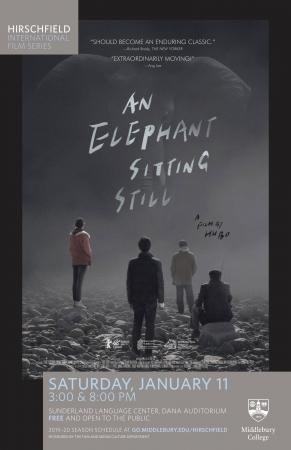 While protecting his friend from a bully, WEI Bu pushes the tormentor down a staircase. WEI’s neighbor, WANG Jin, is estranged from his family and, with nothing to lose, decides to join him. Later the pair is joined by HUANG Ling, WEI’s classmate. She is bedeviled by a destructive affair with a married school official. Together, this desperate trio, decide their only hope is to flee. So, they board a bus towards Manchuria, where it is rumored that a circus elephant is said to be sitting still, seemingly oblivious to pain and tribulations of the world at large. (3h 50min) Free.