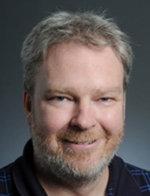 Steve Barnes is Associate Professor of History at George Mason University. His lecture will examine the politics surrounding commemoration of the Gulag prison system in contemporary Russia and Kazakhstan. Each country sports an authoritarian government and engages in significant mythmaking about the history of Soviet repression. Those myths differ in key ways but the Gulag past is used in both cases to justify the current political system. Professor Barnes’ first book, Death and Redemption: The Gulag and the Shaping of Soviet Society, was awarded the Herbert Baxter Adams Prize from the American Historical Association and the Baker-Burton Award from the European Section of the Southern Historical Association. Sponsored by the Department of History, Department of Russian, Russian and East European Studies, and the Rohatyn Center for Global Affairs.