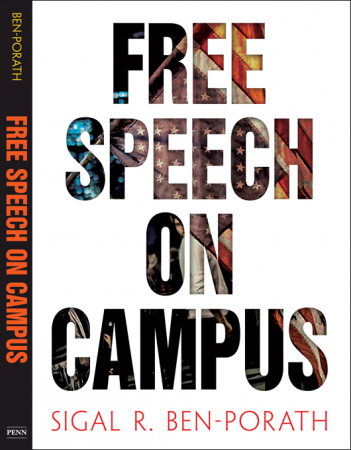 Sigal Ben-Porath received her doctorate in political philosophy from Tel-Aviv university in 2000, after which she joined Princeton University’s Center for Human Values as a post-doctoral fellow. In 2004 she moved to the University of Pennsylvania where she is currently a professor of education, philosophy and political science. Her most recent books are Free Speech on Campus (Penn Press, 2017) and Making up Our Mind: What School Choice is Really about (with Mike Johanek, University of Chicago Press 2019). Her previous books include Citizenship under Fire: Democratic Education in Times of Conflict (2006) and Tough Choices (2010), both from Princeton University Press. She serves on the board of the Mitchell Center for the Study of Democracy, as well as the Teachers Institute of Philadelphia. She has been chairing Penn’s Committee on Open Expression since 2015