Geopolitics on the Move is a podcast series hosted by Fyodor Lukyanov and Sean Guillory. It is produced by the Monterey Initiative in Russian Studies at the Middlebury Institute of International Studies at Monterey, Russia in Global Affairs, and the Center for Russian, Eastern European, & Eurasian Studies at the University of Pittsburgh. Carnegie Corporation of New York provided funding for this project.

Force majeure of the pandemic did not disrupt the global agenda—it only exacerbated existing trends. The list of challenges grows: nationalism, the clash of identities, the fragmentation of the world economy, and the erosion of the liberal economic model. As do the responses: demands for greater sovereignty, dismantling arms control regimes, and escalating competition among major powers, especially between the United States and China. Perhaps the pandemic’s most profound impact will be on relations between people, society, and the state.

COVID hit Russia at a domestic crossroads. As the virus began to ravage the world, Russia started to reform its constitution and modify its state system. Now, the search for a new balance of forces will occur in completely different conditions. How much do Russian perspectives on international issues in this new moment differ from those of the United States? Are convergent perceptions of the future possible?

The Geopolitics of Nationalism

The era of universalism is receding; nationalism, in the form of fragmentation and selfishness, is on the rise. The COVID-19 pandemic has amplified it. What does international cooperation look like when national interests are running amok? We turned to Andrei Kortunov, director general of the Russian International Affairs Council, and Anatol Lieven, professor of Georgetown University in Qatar, for their insight.

Just ten years ago, pundits predicted that a future Sino-American G2 would govern the world. Today, the relationship between Beijing and Washington is more often described as Cold War 2.0. The disappearance of Chimerica—a symbiosis of China and America—represents the ongoing crisis of globalization. What does the U.S.-China confrontation mean for Russia? Will Moscow take sides? Or will it be able to skillfully maneuver between the two? We discuss these issues with Ivan Safranchuk, an associate professor of MGIMO University, and Vassily Kashin, a leading researcher at the Higher School of Economics.

At the end of the 20th century, liberal democracy appeared to triumph. History as a story of political evolution was over. But today, many point to a crisis of liberal democracy and fret over whether it has enough dynamism to shine again. Why has such a promising beginning turned into a whimpering finale? Is democracy really at an end? We asked Ivan Krastev, a leading researcher at the Institute for Human Sciences in Vienna, for his thoughts.

Memory Wars as the New Reality

There’s a joke that Russia is a country with an unpredictable past because it rewrites history to fit the present. Paradoxically, this joke now applies to many other countries as well. Who controls the rewriting of history, and what are the potential consequences? Where will memory wars lead us? Alexei Miller, professor of the European University at St. Petersburg, and Thomas Sherlock, professor at the U.S. Military Academy, West Point, discuss the politics of memory and history. 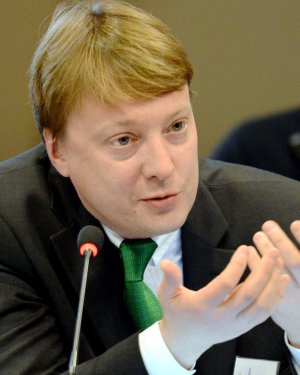 After Europe, Before What?

When the Cold War ended, Russia’s place within a Greater Europe appeared natural. Thirty years later, the notion of Russia as part of a common European home has vanished without a trace. It is not that Russia’s participation in the European project has become irrelevant. Rather, Europe itself is worried about the survival of the European Union. What is in store for Russia-EU relations in a world increasingly dominated by Sino-American confrontation? What remains of the expectations of 1989? Timofei Bordachev, academic supervisor of the Centre for Comprehensive European and International Studies at the Higher School of Economics, presents his analysis.

The United Nations emerged from the ashes of the worst war in human history to preserve global peace. Seventy-five years later, this leading global institution is facing calls for reform. Is the UN in crisis? How can the UN remain relevant amid the geopolitical realities of the 21st century? Professor Thomas Graham of Yale University and Dmitry Polyansky, Russia’s first deputy permanent representative to the UN, discuss the contemporary role of the UN.