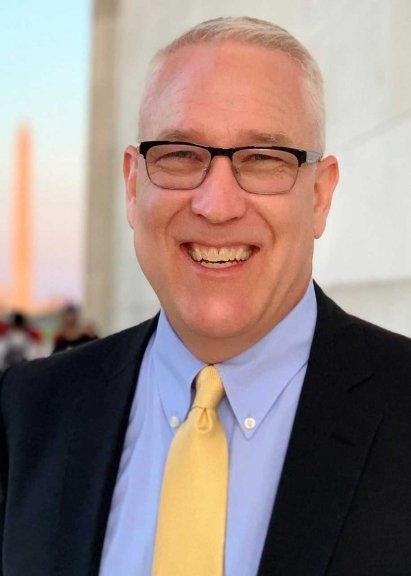 Professor Olsen was thrown into the deep end of cross-cultural communication as a young missionary in the late 1980s and has been navigating the waters of different languages and cultures ever since. He began working as a professional conference interpreter and translator in 1993. Before joining the faculty at MIIS in 2007, Professor Olsen was translator in residence at American University in Washington, D.C. In his courses on simultaneous and consecutive interpreting, he focuses on the practical, hands-on learning approaches to help students learn by doing. In addition to his teaching, Professor Olsen continues to interpret professionally. Throughout his career, he has interpreted for the G20, World Economic Forum, U.S. State Department, Inter-American Development Bank, Organization of American States, National Geographic Society, C-SPAN Television, and many other public and private sector clients.

He is an active member of the International Association of Conference Interpreters (AIIC) and serves on the Association’s Training and Professional Development Committee. In addition to his courses at MIIS, Professor Olsen has taught professional development and training-of-trainers workshops and short courses in the United States, Latin America and Europe. In 2009, together with a fellow Institute alum, he founded InterpretAmerica—an entity dedicated to raising the profile of interpreting.

Professor Olsen has his eyes fixed squarely on the future and the growing effects of technology on the interpreting profession. He writes and produces a monthly blog and video called “The Tech-Savvy Interpreter” examining specific technologies and trends that are changing the way interpreters work. He is a strong advocate for close cooperation between academe and professional and industry associations and is a highly-sought-after speaker on multilingual communication and technology. In 2011 he helped develop one of the first platforms for remote simultaneous interpretation and was awarded two patents as co-inventor of the platform.