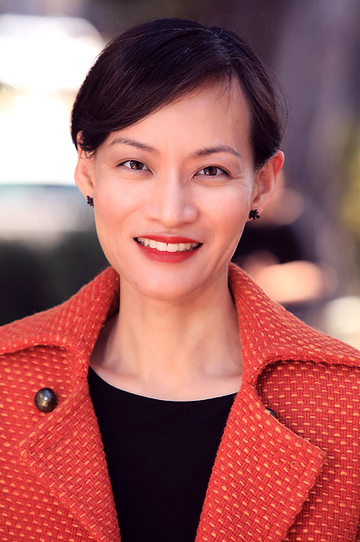 Professor Tsai strongly believes in the cultivation of awareness regarding the position of the translator or interpreter in different contexts of communication. She sees the act of translating and interpreting as a representation of the interests and identities of the various actors involved in the chain of command and compensation. Ideally, the interests and identities of these actors—the hired practitioner, the hiring agency, the client and end-user, the immigrant, the patient, and the government—align. But often they do not, resulting in competing, and thus complex, choices for the translator or interpreter.

This perspective is born out of real-world experience, from practicing in Taipei, Beijing, Ottawa, and Palo Alto, as an editor in a publishing house; a published translator of both literary and commercial texts; a freelance conference interpreter subject to varying market conditions and industry demands; a medical interpreter for Stanford University Hospital; a contract interpreter for the federal government of Canada since 2007, involved in China-Canada visits, banquets, negotiations and collaborations; an academic researcher for topics that range from women in translation to the UNESCO/IATIS Research Initiative on Translation Flows and Cultural Diversity; and, lastly, it arises from a dual—and often dueling—bilingual and bicultural identity of “Chinese” and “Canadian/English,” where “native” and “non-native” are no longer measurements of “accuracy,” but perspectives on “difference.”

Prior to teaching at MIIS, Professor Tsai has also taught at Soochow University in Taipei, Taiwan and in the Chinese-English Translation and Interpretation Program and Training in Translation Pedagogy Program offered in the summer at the University of Ottawa in Canada.

Given her aim to raise awareness of position and interest, Professor Tsai is passionate about using cases and text types that start with translating from the page, or interpreting from the word, but provide students with opportunities to examine and assess their hands-on translation choices, or resulting issues from those choices, using a range of concepts and theoretical frameworks. These stem from her research interests and their interdisciplinary dimensions shared with translation studies. They include theories drawn from cultural studies, feminism, postcolonialism, and (post)structuralism; of ideology and power relations; concepts include subjectivity/objectivity, authorial intention/reader interpretation, text/context, accuracy, equivalence, and fidelity. She encourages students to explore and challenge all of them, depending on context, position, and interest.

“The Translation of Names and the Fallacy of Representation—And the Creative Consequences for Literary Translation in the Chinese-English Context.” Asia Pacific Translation and Intercultural Studies 1 (2014): 63-81.

“Gender and the Chinese Context: the 1956 and 1999 Versions of Doris Lessing’s The Grass Is Singing.” Translated and edited from the Chinese of Li Hongyu. In Translating Women: Different Voices and New Horizons, edited by Luise von Flotow and Farzaneh Farahzad, 138-158. Routledge, 2017.

In addition to academic publications and translations, Professor Tsai’s literary translations have been published in Words Without Borders, Chinese Literature Today, eXchanges, and by the manga publisher Tokyopop.