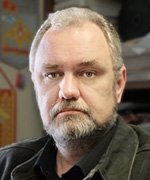 He graduated from Moscow State University in 1981 and subsequently worked at the Institute of US and Canadian Studies and the Institute of World Economy and International Relations in Moscow. From 1987-92 he worked at the Ministry for Foreign Affairs of the Soviet Union and later Russia, and participated in START I and START II negotiations as well as in a number of summit and ministerial meetings.

Nikolai has a Ph.D. from the University of Michigan (1996) and (the Soviet equivalent of a Ph.D.) Candidate of Historical Sciences degree from the Institute of World Economy and International Relations (1986).

He has published extensively on international security and arms control. Nikolai is the author of Russian Strategic Modernization: Past and Future (Rowman and Littlefield, 2000), co-author and co-editor of the first Russian-language college-level textbook on nuclear nonproliferation (Yadernoe Nerasprostranenie, Vol. I-II, PIR Center, 1st edition 2000, 2nd edition 2002), and several monographs.