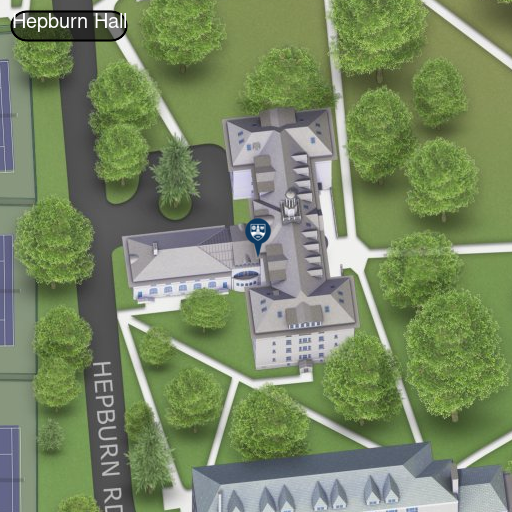 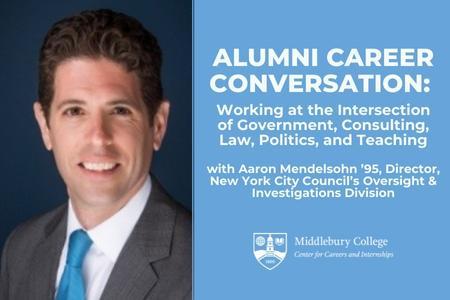 Join Aaron Mendelsohn ’95, for an informal group chat and Q&A. Aaron will to talk with you and answer your questions about his career in government, consulting, law, politics, and teaching.

Aaron currently serves as the Director of the New York City Council’s Oversight & Investigations Division, where he oversees investigations of New York City government agencies involving fraud, waste, abuse, and other important matters to the Council. Aaron grew up in Washington, DC, studied History and Art History at Midd, and went to law school at Northwestern University in Chicago. Aaron clerked for a US District Court Judge after law school, then worked at law firms including WilmerHale in DC and Troutman Sanders in New York, before serving as a Federal Prosecutor in the US Attorney’s Offices for the District of Columbia and New Jersey, and as a Senior Counsel in the Enforcement Department at the Financial Industry Regulatory Authority in New York. Before being appointed to the New York City Council, Aaron served as a Director in the Fraud Risk & Compliance practices at two global consulting firms. Aaron has also worked on several US presidential campaigns and in the White House, and he also currently serves as an Adjunct Professor of Law, teaching an International Financial Crimes course at Fordham University School of Law in New York.

He’s on campus to lead the Jewish High Holidays services at Midd for the 30th consecutive year and is very generous to share his time with us.