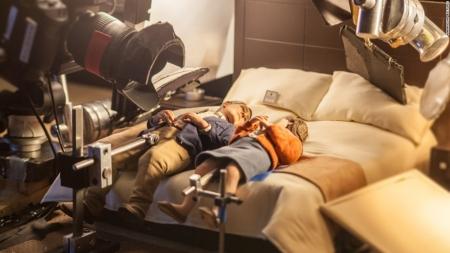 In this animated feature, an inspirational speaker becomes reinvigorated after meeting a lively woman (Jennifer Jason Leigh) who shakes up his mundane existence. “Anomalisa’s existence is a minor miracle on multiple levels, from the Kickstarter campaign that funded it to the way the film creeps up on you, transitioning into something warm, human and surprisingly tender”––Peter Debruge, Variety. Sponsored by the Hirschfield International Film Series. (Charles Kaufman, USA, 2016, 90 minutes) Free