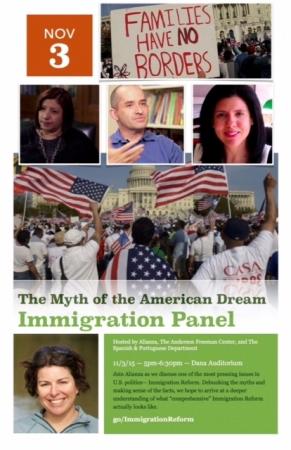 Join… Alianza, The Anderson Freeman Center, and The Spanish & Portuguese Department as we discuss one of the most highly debated issues in the upcoming 2016 election— Immigration Reform. Debunking the myths and making sense of the facts, we hope to arrive at a deeper understanding of what “comprehensive” Immigration Reform actually looks like. We are honored to welcome our guest speakers Mary Mendoza, Roberto Lint-Sagarena, Leticia Arroyo-Abad, and Maria Socorro Pesqueira.