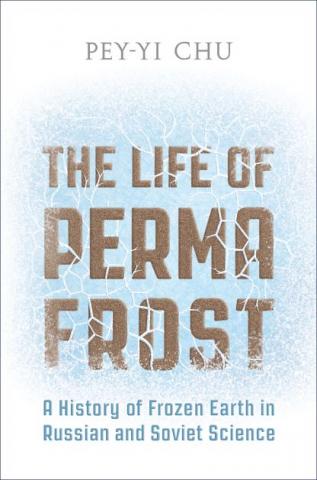 The RCGA Program in Global and International History lecture “Life of Permafrost: A History of Frozen Earth in Soviet Science” by Pey-Yi Chu, associate professor of history, Pomona College.

The thawing of frozen earth due to global warming has drawn worldwide attention to permafrost. Scientists have defined permafrost as ground that maintains a negative temperature for at least two years. But where did this curious conception of permafrost originate, and what alternatives existed? In this talk, I explore the history of permafrost as a scientific idea in order to uncover its multiple, contested meanings. I trace the English word permafrost back to its Russian roots to reveal the historical political and cultural contexts for investigating frozen earth. I show that understandings of frozen earth were shaped by two key experiences in the Soviet Union. On one hand, the industrialization of Siberia nourished an engineering perspective on frozen earth that viewed the phenomenon as an aggregate physical structure: ground. On the other, a Russian tradition of systems thinking encouraged approaching frozen earth as a process, condition, and space tied to planetary exchanges of energy and matter. Aided by the United States’ militarization of the Arctic during the Cold War, the engineering view of frozen earth as an obstacle to construction became dominant. Restoring pluralism in ideas about frozen earth fosters curiosity and awareness, rather than animosity, about permafrost. It demonstrates the contributions of Russian and Soviet science to contemporary global understandings of the environment.

To join this webinar, use this Zoom Link or visit the Rohatyn Center for Global Affairs events.