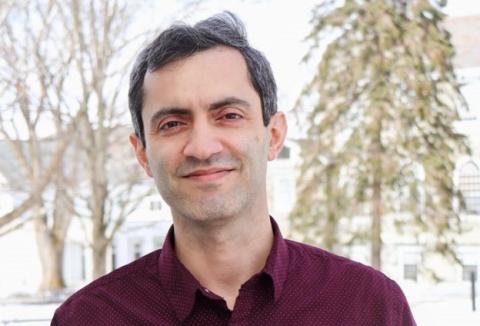 Ata Anzali
How was the Qur’an complied?

Professor Anzali will first share the most commonly accepted view among Muslims regarding the process by which the Qur’an came to be the book that it is now. He will then compare and contrast this view with the latest academic theories that have been developed to shed light on the intricate process that led to the formation of the most sacred source of Islamic faith, the Qur’an.

Ata Anzali (PhD, Rice University, Houston), associate professor of Islamic studies, has been teaching at Middlebury since 2012. He has had extensive traditional training in Islamic seminaries in Iran and received his PhD in the study of religion after he moved to the United States. He is the author of ‘Mysticism’ in Iran: The Safavid Roots of a Modern Concept.

Hosted by Caitlin Myers, John G. McCullough Professor of Economics and sponsored by the Office of the Provost and the Office of Advancement.