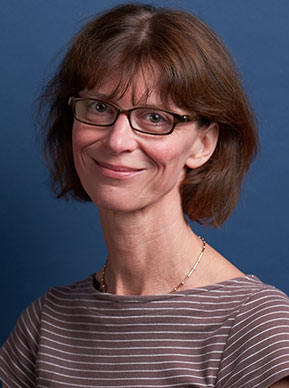 Bettina Matthias holds an M.A. from the Universität Hamburg (French, German) and a Ph.D. in German Literature from the University of Washington (Seattle). She joined Middlebury’s German Department in 1999, received tenure in 2006 and became full professor in 2010.

She has published books and articles on Arthur Schnitzler, early twentieth century German and Austrian literature and culture (hotel studies), and on theater-in-education. Her second research and artistic focus as a classically trained pianist is on vocal music. Since 2000, she has been on the faculty for the German School’s special program “German for Singers” and has directed the program since 2010. She has also written a special beginning German textbook for the program.

In 2014, she was appointed the German School’s new director.