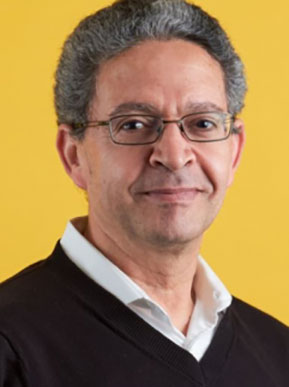 Mahmoud Abdalla earned his M.A. and Ph.D. in applied linguistics at Essex University and the University of Edinburgh in the United Kingdom. He has taught and lectured extensively on linguistics, Arabic language, and Arab culture and media in several universities and academic institutions in Egypt, Europe, and the United States. He is currently associate professor of Arabic Studies at the Graduate School of Translation, Interpretation, and Language Education at the Middlebury Institute of International Studies at Monterey (MIIS). His research interests include second language acquisition, discourse analysis, heritage language learning, second language pedagogy, and language culture and identity. He is highly involved in teacher training, is a member of several academic associations, and serves on the executive board of the American Association of Teachers of Arabic. In 1999, he received the outstanding teaching award from the Council of Students of Arts and Sciences at Washington University in St. Louis. He also is a certified Oral Proficiency Interview (OPI) tester through the American Council on Teaching Foreign Languages (ACTFL).