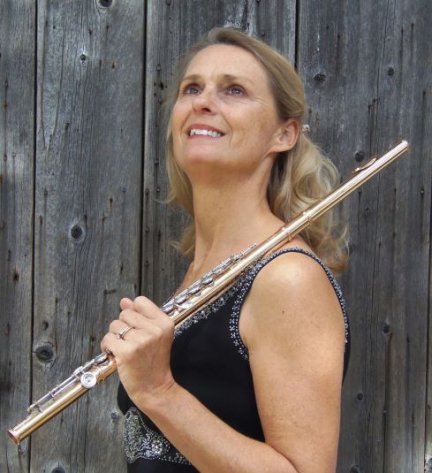 Anne Janson joined the Middlebury College Music Department as Adjunct Faculty in 1987. Fresh from earning her Master of Music Degree from The Manhattan School of Music and only slightly a senior to her college students, Anne based her teaching method on the work she did with her own great teachers: drilling rigorous technical studies, learning the major flute repertoire, and preparing orchestral excerpts. At the Manhattan School she studied with Thomas Nyfenger and previously earned her Bachelor of Music Degree in Performance from the Hartt School of Music where she studied with John Wion. She studied with numerous other great flutists privately and in Master Classes and Festivals in the U.S., Canada, and London, England including Julius Baker, Samuel Baron, Jeanne Baxstressor, and Timothy Hutchins.

In her time teaching at Middlebury College, Anne has had the honor of working with academically focused students from all over the world. She has adapted and evolved her method to accommodate flute students who often have minimal time to devote to lessons and ensemble playing. Anne accepts flute students of all levels and has worked with those who have achieved the highest, admirable level of playing to students who just want the opportunity to learn a new instrument. Students can become frustrated about lack of practice time due to their heavy workload but can still look forward to a pleasurable lesson drilling scales for technique, working on orchestra music, sight reading a new piece of repertoire and playing duets. A student is never turned away from her studio for not practicing!

Anne holds the position of Second Flute with the Vermont Symphony Orchestra and she substitutes as Principal flute and on Piccolo. Throughout the years this has been her pride and passion and the VSO is like her second family. She has worn virtually every hat: performing as a soloist, playing in the VSO Woodwind Quintet, she has helped to establish the VSO’s “Music in Schools” ensembles; “Harp and Soul”, “Triple Treble”, and the new ensemble “Carried on the Wind: Woodwinds and Life Sciences” based on STEM. (Anne has just about played in every school throughout Vermont since 2006). As a member of the Orchestra Committee, she helped to unionize the VSO and write the CBA. Currently she is on the VSO Conductor Search Committee, interviewing candidates to follow Jaime Laredo upon retirement. She actively collaborates with her VSO colleagues and other musicians in the region performing in chamber ensembles and orchestral groups throughout the Northeast.

A native of the state, Anne’s true love of Vermont was a constant lure that led her to settle back here in 1987 and began her teaching at Middlebury College and joined The University of Vermont as Flute Professor. In addition to playing with the Vermont Symphony Orchestra, she was a member of The Vermont Mozart Festival Orchestra and performed with the New York Chamber Soloists for over 20 years. Very importantly, she raised her three children (Alice, Edward, and Will). She and husband Andrew are passionate skiers (whom she met at the Middlebury Snowbowl!)