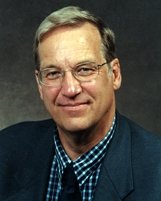 David Colander is College Professor at Middlebury College, Middlebury, Vermont. He has authored, co-authored, or edited 30 books and over 100 articles on a wide range of topics. These include Principles of Economics (McGraw-Hill), History of Economic Thought (with Harry Landreth) (Houghton Mifflin), Macroeconomics(with Ed Gamber)(Prentice Hall), Why Aren’t Economists as Important as Garbagemen? (Sharpe), and MAP: A Market Anti-Inflation Plan (with Abba Lerner) (Harcourt Brace Jovanovich). His books have been, or are being, translated into a number of different languages, including Bulgarian, Polish, Italian, Spanish, and Chinese.

He received his Ph.D. from Columbia University and has taught at Columbia University, Vassar College, the University of Miami, and Princeton University as well as Middlebury College. In 2001-2002 he was the Kelley Professor for Distinguished Teaching at Princeton University. He has also been a consultant to Time-Life Films, a consultant to Congress, a Brookings Policy Fellow, and a Visiting Scholar at Nuffield College, Oxford. He is listed in Who’s Who?, Who’s Who in Education?, etc.

His latest work focuses on economic education, complexity, and the methodology appropriate to applied policy economics.