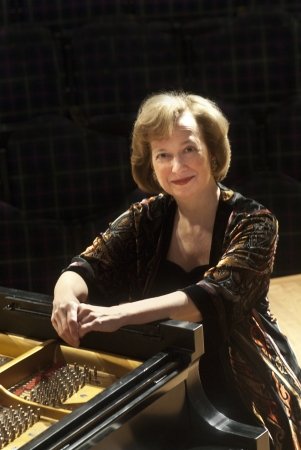 Diana Fanning has toured extensively as a solo performer and chamber musician throughout the eastern U.S. and in England, France, Austria, Switzerland, Holland, the Czech Republic, Canada and Germany.  After a concert in Munich in 2006, a critic wrote that “Diana Fanning stunned her listeners with the rich spectrum of subtle colors and tonal nuances she revealed.  Her recital seized the audience with a veritable deep magic.”  Ms. Fanning has performed on numerous occasions as a concerto soloist with the Vermont Symphony Orchestra. She was featured as soloist in a performance of Beethoven’s Piano Concerto No. 3 in the debut concert of the Champlain Philharmonic Orchestra and performed Gershwin’s Rhapsody in Blue with the CPO twice in 2009.  Vermont Public Television featured her in a program of works by Scarlatti, Ravel and Chopin.  Radio audiences hear her frequently over Vermont Public Radio, and she has performed live on “Morning Pro Musica” (WGBH-FM) Boston and on WNYC, New York City.

Ms. Fanning has been a guest artist with the Takacs String Quartet, the Alexander String Quartet, the Jupiter String Quartet, and with ensembles from Point Counter Point Music Camp, which she owned and directed for ten years with her husband Emory Fanning.  With cellist Dieuwke Davydov, she has undertaken European concert tours which included recordings for Radio Netherlands and has issued a CD of live performances.  Ms. Fanning’s CD of solo piano works by Janacek, Chopin, and Debussy received enthusiastic reviews in England and the U.S.  Her principal teacher has been Ruth Geiger of New York City; she also studied at the Paris Conservatoire and at the Manhattan School of Music.

Diana Fanning has taught at Middlebury for 35 years. Her students have been accepted into the Aspen Music Festival, the Fontainebleau Music School in France, the Royal College of Music in London, the Schola Cantorum in Paris, the Hochschule fur Musik in Vienna and in Hamburg, and graduate programs at the Eastman and Hartt Schools of Music.