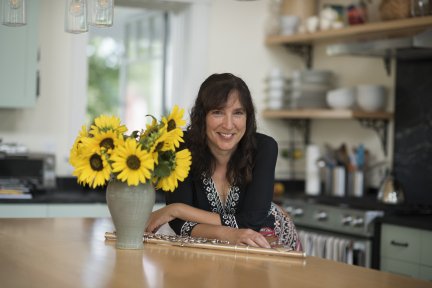 Karen Kevra has won attention as one of the country’s outstanding flutists through her distinctive warm and extroverted performances and has been hailed as “having a musical focus and depth seen in few flutists anywhere.” The leading protégé of Louis Moyse, Kevra’s recording of Works for Flute and Piano by Louis Moyse earned a 2003 Grammy nomination and accolades from numerous American reviewers. Romantic Music for Flute and Piano, her most recent CD with pianist Jeffrey Chappell, was praised by flutist Sir James Galway, and the Boston Musical Intelligencer for “sublimely satisfying flute-playing.” Kevra has performed throughout the United States, Canada, and Europe including performances at Carnegie Hall, the French Embassy in Washington, DC, and on French National Television. She has shared the stage with members of the Emerson String Quartet, the Paris Piano Trio, Borromeo String Quartet, Boston Chamber Music Society, and Trey Anastasio of Phish. She is he founder and artistic director of Capital City Concerts, and the creator and host of the Muse Mentors podcast, which delivers engaging and heart-warming conversations with artists who share personal and inspiring stories of deep connection. Flute Stories, an off-shoot podcast of 3-10 minute episodes, integrates story-telling, sound effects, and Kevra’s own performances of the rich solo flute repertoire, designed to inspire flutists of all abilities and ages.