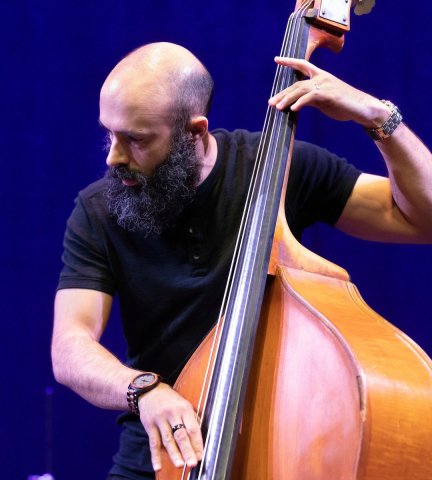 Composer Kyle Saulnier fuses the post-bop and avant-garde jazz vocabulary with modern orchestral techniques and industrial rock muscle. Alexander Abnos of WNYC has called his music “lush and inventive,” and Downbeat Magazine referred to it as “a Great American Songbook of another order.” Possessing a flair for the dramatic in all his works, he has carved a signature sound with his Awakening Orchestra that is at once recognizable and unreplicable.

As a performer on acoustic and electric bass, as well as the baritone saxophone and woodwind doubles, Saulnier specializes in creative, composer-driven projects that blur the lines of traditional genre. In addition to leading and conducting the Awakening Orchestra, he has performed locally with Kat Wright, Francesca Blanchard, Brian Boyes’ Saturn People’s Sound Collective, LOVECRAFT, TURNmusic, and many others.