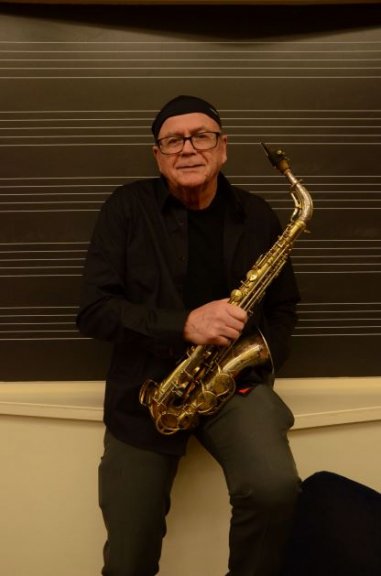 Grammy award winning and Boston Globe jazz critic Bob Blumenthal says “Discover a jazz treasure. Miles Donahue is one of the best-kept jazz secrets. Equally adept on trumpet and various saxophones and a composer of grace and originality….”

Miles Donahue’s jazz career did not begin in earnest until the age of 45, although in the 60’s he performed at many venues with his own group that featured Harvey Swartz, Jerry Bergonzi, Charlie Banacos, Nick Goumas and Jack Diefendorf. One of these concerts in 1972, performed with Charile Banacos and Jerry Bergonzi, became known as the famous Arlington Street Church Concert.

In the 1980’s, Miles did two albums for which he wrote all the original material with New York Philharmonic flutist Paige Brook. These two albums were released on Tioch Records. In 1992, Miles’ first major recording as a jazz leader was released on Timeless Records. Saxophone Journal said: “Very few musicians today have the diversity of hidden talents Miles Donahue posssesses. The harmonic sophistication he plays with and his ability to swing with incredible beauty all led to a master musician.”

Given the instability of the record industry, Miles has formed his own label, Amerigo Records, and the first release, “In the Pocket,” features Fred Hersch, Jerry Bergonzi, Jamey Haddad, Kurt Rosenwinkle and Jay Anderson. It was released in September 2001