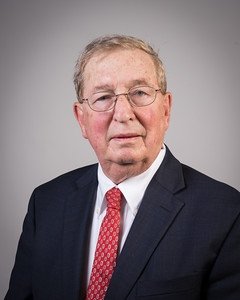 American Autobiography: The Promise of America
The promise of America, to paraphrase Tocqueville, may be said to involve securing equality in freedom and overcoming slavery and its legacy. Jay Parini has called autobiography “the essential American genre,” because “the individual is not only valued but also preeminent and representative.” Writers of this genre illuminate different aspects of the promise of America, depending on, among other things, when they lived, their background, their race and their gender. To learn what we can about America from this genre, we will read: Benjamin Franklin’s Autobiography; Frederick Douglass’ multiple autobiographies; The Education of Henry Adams; The Autobiography of Malcolm X; Pauli Murray’s, Song in a Weary Throat: Memoir of an American Pilgrimage; and Barack Obama’s Dreams From My Father. Students will write short papers on four of these writers.

Introduction to Political Philosophy
What is politics and how should it be studied? Is there a best regime? A best way of life? How are these two things related, if at all? Can we gain knowledge of such topics? We will examine these questions through a study of the some or all of the following texts: Plato, Apology of Socrates, Republic; Aristotle, Nicomachean Ethics, Politics; Thucydides, The Peloponnesian War; St. Augustine, Confessions; St. Thomas Aquinas, Summa Theologica, Summa Contra Gentiles; Machiavelli, The Prince; Hobbes, Leviathan; Locke, Second Treatise on Government; Rousseau, Discourse on the Origin and Foundations of Inequality Among Men; Marx, The Communist Manifesto, The German Ideology, Capital; and Weber, “Science as a Vocation.” 4 hrs. lect./disc. (Political Theory)

The American Political Regime
This is a course in American political and constitutional thought. The theme, taken from de Tocqueville's Democracy in America, is the problem of freedom. The first half covers the American founding up through the Civil War and the "refounding." This includes de Tocqueville, Madison's Notes on the Debates in the Federal Convention, the Federalist-Anti-Federalist ratification debate, Supreme Court decisions (Marbury, McCulloch), writings of Jefferson, Calhoun, and Lincoln. The second half considers basic problems in American politics, such as race, gender, foreign policy, and education. Readings include a novel, de Tocqueville, and Supreme Court decisions (Brown, Frontiero, Roe, Casey, Grutter, Lawrence). 4 hrs. lect./disc. (American Politics)/

On Tyranny
What is Tyranny? Is it, as has been said, “a danger coeval with political life”? To help us consider these questions, we will read works of political philosophy, literature, and political commentary: Plato, Apology of Socrates, Republic VIII-IX and Charmides; Xenophon, Hiero, or On Tyranny; Machiavelli, Prince; Shakespeare, Macbeth and Julius Caesar; Hegel on master and slave; Carl Schmitt, The Concept of the Political; Leo Strauss on Xenophon, Alexander Kojeve’s Commentary and Strauss’s Restatement; Heidegger, Question Concerning Technology; Hannah Arendt, The Human Condition or Origins of Totalitarianism; Frederick Douglass, Narrative; Robert Penn Warren, All The King’s Men; and Ta Nahisi Coates, We Were Eight Years in Power). (not open to students who have taken PSCI 1158) 3 hrs. lect. (Political Theory)/

American Constitutional Law: The Federal System
This course examines the development of American constitutionalism through study of Supreme Court decisions. Every major topic but the bill of rights (see PSCI 0306) is covered. Using the Sullivan and Gunther Constitutional Law casebook, we begin with judicial review and then study the development of legal doctrines surrounding the commerce clause, the due process and equal protection clauses of the fourteenth amendment, and the separation of powers. Recent cases focus on affirmative action and federal protection of civil rights. Interpretive books and essays are considered, as time permits. A mock court exercise is anticipated. (Juniors and seniors with PSCI 0102 or PSCI 0104 or PSCI 0306) 3 hrs. lect./disc. (American Politics)/

American Constitutional Law: The First Amendment
This course focuses on the Supreme Court’s interpretation of the first amendment freedoms of speech, press, and religion. After starting with the philosophic foundations of these first amendment freedoms (Mill, Locke), students will read the major Supreme Court decisions concerning these rights. Class assignments in the form of oral arguments and briefs and/or options will enable students to take the part of lawyers and judges. (Sophomores, juniors and seniors with PSCI 0102 or 0104 or 0205 or 0206 or 0305 or waiver) 3 hrs. lect./disc. (American Politics)/

Modern Political Philosophy
In this course. we will study: Machiavelli (Prince, Discourses); Bacon
(Advancement of Learning); Hobbes (Leviathan); Locke (Second Treatise);
Spinoza (Theological-Political Treatise); Montesquieu (Spirit of the Laws);
Rousseau (Social Contract); Burke (Reflections); Kant (Foundations of the Metaphysics of Morals, Perpetual Peace); Hegel (Introduction to Philosophy of History); Marx (Communist Manifesto, German Ideology, Capital); Nietzsche
(Beyond Good and Evil); Heidegger (Question Concerning Technology).
We will examine modernity's rejection of ancient thought, its later replacement of nature by history as the standard for right, and its subsequent rejection of any standard of right. Other topics include religion, freedom ofspeech, and the separation of powers. (PSCI 0101 or PSCI 0107 or PSCI 0317, or PSCI 0333, or waiver) 4.5 hrs. lect./disc. (Political Theory)/

Basic Problems in Political Philosophy
In this course we will focus on the writings of Plato, Aristotle, and Kant to examine different formulations of theory and practice. We will read Plato’s Meno, Euthyphro, Apology, Crito, Phaedo, and Sophist; from Aristotle’s Ethics, Physics and Metaphysics; Kant’s, Critique of Pure Reason, Foundations of the Metaphysics or Morals, and Perpetual Peace; concluding with parts of Rawls’ A Theory of Justice. We will be examining the following questions: What can we know and how do we know it? How should we live and how is that related to what we can know? A previous course in political philosophy or philosophy is recommended. Students will write two short papers and a final essay on topics to be assigned. A previous course in political philosophy or philosophy is recommended. (Political Theory) 3 hrs. sem.

Reading Herodotus
“Herodotus of Halicarnassus here displays his inquiry, so that human achievements may not become forgotten in time, and great and marvelous deeds—some displayed by Greeks, some by barbarians—may not be without their glory; and especially to show why the two peoples fought with each other.” So begins Herodotus’ “Inquiries,” aka “Histories.” Herodotus’ accounts of Egypt, Scythia, Lydia, Babylonia, Mesopotamia, and Libya (books I-IV) lay the foundation for his account of the Persian Wars (V-IX). The relation between Greekness and human freedom emerges as the theme of that war.