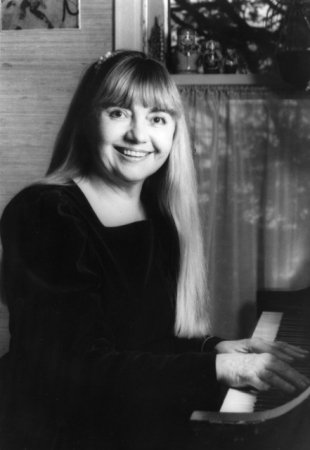 Well known to Vermont audiences, Natasha Koval Paden brings considerable performing experience to the concert stage. Raised in Ukraine, and trained there under the tutelage of Vladimir Horowitz’s sister, Koval-Paden came to the United States with a scholarship to Eastman School of Music. She later studied with Edward Steuermann at Juilliard, and with Soulima Stravinsky, Irma Wolpe, and Lee Pattison.

Besides numerous solo concerts in this country and abroad, Ms. Koval-Paden has had wide experience with chamber music groups, including the Tchaikovsky Chamber Orchestra. She has performed with the Vermont Symphony Orchestra and at numerous venues in Japan, Honduras, Europe, and Oxford, where she was visiting artist-in-residence at Wolfson College.

She has been involved with several international causes, and gives regular benefit concerts to assist organizations, here and abroad, that are working to improve social, economic and educational conditions.

Reviewers have consistently applauded Natasha Koval-Paden’s musical vitality and understanding, her special, gifted sense of color, and what one has called her “architectural clarity.”

Natasha lives in South Burlington, Vermont, where she and her husband have raised five sons.