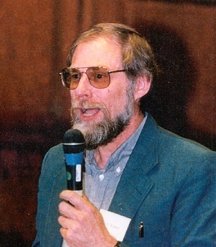 Neil Waters, Kawashima Professor of Japanese Studies and Professor of History.   Waters grew up as a western U.S. rolling stone, in Portland, San Diego, Fresno, Modesto, Denver, Sacramento, and back to Portland.  He and his wife Linda both served in the Peace Corps in South Korea in 1967-69, and that experience crystallized his interest in Northeast Asia.  Twice chair of the Department of History at Middlebury College, Waters has also served as Director of International Studies and Director of East Asian Studies.  Before coming to Middlebury College in 1990, Waters was an associate professor of history at St. Lawrence University in Canton, New York.   He received his Ph,D in Japanese History from University of Hawaii in 1978.

His publications include Japan’s Local Pragmatists (Harvard University Press, 1983) and articles in Journal of Japanese Studies, Journal of Asian Studies and other journals.  He is a co-editor of the Middlebury International Studies Series, and edited and contributed to the first volume in the series: Beyond the Area Studies Wars (Dartmouth: University Press of New England, 2000). He is currently working on the tension between local and national loyalties in the evolution of Japanese young men’s associations before World War II.