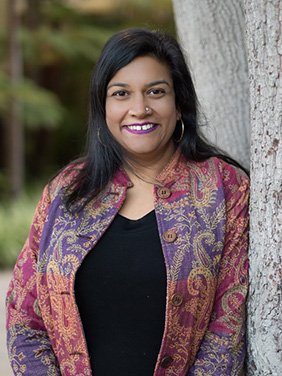 Dr. Smita Ruzicka serves as the Vice President for Student Affairs at Middlebury College where she provides leadership for a wide portfolio of services and programs aimed at enhancing the overall student experience. Smita has over 15 years of leadership experience in higher education in a variety of institutions and regions of the country.   Prior to joining Middlebury, she served as the Dean of Student Life at Johns Hopkins University in Baltimore.  She has also served as the Assistant Vice President for Campus Life at Tulane University in New Orleans from 2015-2018 and served in various leadership positions at the University of Texas at Austin from 2003-2015. Smita has served as adjunct faculty and taught various academic courses at these institutions including first year seminar classes and courses on equity and inclusion as well as leadership development.

Smita holds a Ph.D. in higher education administration from The University of Texas at Austin. She also has a master’s degree in counseling psychology from Texas State University in San Marcos, TX. She received her undergraduate degree in English and Psychology from Trinity University in San Antonio, TX. Smita worked as a Licensed professional mental health therapist and Licensed supervisor for counseling interns in the State of Texas for many years, including having her own counseling private practice where she provided therapeutic services to both individuals and couples. Smita has also been an organizational diversity and leadership consultant, training and consulting with a wide variety of groups on topics including leadership development, building inclusive and equitable organizations and teams as well as organizational teambuilding and strategic planning.  Her research interests and areas include South Asian American college students, Asian American issues especially mental health, and leadership development.

Smita has been very active in various professional, community and civic engagement activities including serving as the chair for the professional development committee of the Board for NASPA’s Center for Women as well as part of the Conference planning team for the NASPA 2020 Annual Conference.  Her other activities in the community include being a member of the Essentials Class for Leadership Austin, serving as a Lead Facilitator for LeaderShape, a national organization designed to promote leadership and educate college students throughout the country on campus based leadership. She has also served on the Board of Directors of the Indian American Coalition of Texas from 2012-2015 and the YWCA of Greater Austin from 2003 to 2008.

By far the biggest role that she plays is that of mother to Rohan, her very active almost 4-year-old son who teaches her everyday about love, laughter, and leadership. When she is not playing or reading about trucks and cars to her son, she enjoys going to the movies, dancing to music, theater, and traveling.