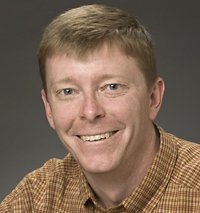 Place and Society: Local to Global
This course is an introduction to how geographers view the world and contribute to our understanding of it. Where do the phenomena of human experience occur? Why are they there? What is the significance? These questions are fundamental for explaining the world at different scales from the global to the local. Throughout, we will focus on the spatial basis of society, its continual reorganization through time, and how various human and environmental problems can be usefully analyzed from a geographic perspective. (Open only to first-year students and sophomores) 3 hrs. lect./1.5 hr. lab

Urban Geography
Urban landscapes are the expression of economic, political, and socio-cultural processes layered on top of each other in particular time-space contexts. In this course, students will theoretically and empirically examine the complex and dynamic urban landscape. Students will gain a theoretical understanding of the location of cities within a larger global economic system of cities, along with the internal organization of economic, cultural, and social functions within cities. We will also examine the processes behind contemporary urban issues such as homelessness, boosterism, urban renewal, gentrification, poverty, and crime. 3 hrs. lect.

Population Geography
Through a combination of lectures, readings, and exercises, this course provides background and analytical experience in the spatial dimensions of population dynamics. Students will theoretically and empirically examine geographic variations in natural increase, domestic and international migration, infant mortality, disease, and hunger. Topics will include the intersection of settlement-environment-disease, circular migration systems, cultural influences on demographic processes, and linkages between international and domestic migration flows. We will also assess various policy options and their effectiveness in addressing important demographic issues. The exercises will expose students to the vast amount of population data publicly available and introduce them to techniques used to examine and assess population related issues.

Rural Geography
This course explores the intersection between demographic, economic, cultural, and environmental forces on the rural landscape in both advanced economies and LDCs. Students will be exposed to theoretical and empirical approaches to rural development in different international and regional contexts, as well as problems associated with these development paradigms. Particular attention will be paid to neoliberal economic policies and their impacts on rural areas, and the course will frequently draw on examples from New England and North America. Additionally, the world is becoming increasingly urbanized, so we will examine the ways people come to know rural areas through the media, literature, and travel. This course includes opportunity for service learning. (Formerly GEOG 0221) 3 hrs. lect.

Practicing Human Geography
Whether you are planning to do your own research or want to be a more savvy consumer of research produced by others, it is useful to develop an understanding of the process of creating, discovering, and interpreting information about the world. In this course, students will explore quantitative and qualitative methodologies and the ways they can be used in human geography research. Through examples, exercises, and readings, students will learn the types of questions different techniques are designed to answer, how they work, and how to interpret the results. Students will gain hands on experience conducting surveys, generating and interpreting qualitative data, selecting and implementing statistical analyses, and writing research reports, to build competence and critical awareness in the practice and communication of research. (At least one course in geography, AP human geography credit, or instructor approval) 3 hrs. lect./3 hrs. lab

Seminar in Population Geography: Migration in the Twenty-first Century
On average, 20 percent of the U.S. population changes residence in any given year, yet the scale, geography, motivations, and impacts of these movements are highly variable, making migration an incredibly pervasive and complex phenomenon. Furthermore, international immigration continues to attract considerable academic, political, and media attention. This course will explore contemporary approaches to migration studies emphasizing the important insights and contributions of geographers. How have geographers examined migration, and how have geographical approaches changed over time? In what ways has technology influenced the motivations, frequency, and implications of migration behavior? What are the different impacts of migration on individuals, households, and communities? And, what are the new innovations in scholarly approaches to migration? Through a combination of readings from contemporary migration literature, discussions, and analyses, students in this seminar will gain an appreciation for and understanding of this incredibly rich and complex phenomena of migration. (Open to second semester juniors and seniors only; others by waiver) 3 hrs. sem.

Independent Study
A one-credit intensive research project developed under the direction of a faculty member. Junior majors only. (Approval Required)

Senior Research
A one-credit intensive research project developed under the direction of a faculty member. Senior majors only. (Approval Required)

Senior Thesis
Students with a departmental GPA of 3.3 or higher are eligible to complete a two-credit senior thesis. In order to complete a senior thesis, students must have a proposal approved by a primary thesis advisor and a secondary departmental reader prior to registering for the first 0701 credit. Upon completion of the thesis, thesis students will present their work in a public seminar and defend the thesis in front of the departmental faculty. Thesis presentations and defenses will typically take place during the final week of classes or the examination period. Upon completion of the presentation and defense, the primary advisor and secondary departmental reader will be responsible for evaluating and grading the thesis. It is strongly encouraged that students considering a thesis discuss their ideas with an advisor during the semester prior to registering for formal thesis credits. (Approval only)

Book Chapters and other Published Reports

Nelson, P. (forthcoming). The geography of rural aging in regional context. In Rural Aging in the 21st Century. Edited by Nina Glasgow and Edna Berry. Springer.

Nelson, Peter B. 2006. Geographic perspectives on amenity migration across the United States: national, regional, and local perspectives.  In The Amenity Migrants: seeking and sustaining mountains and their cultures.  Edited by Lawrence Moss. Wallingford, UK: CABI press.

USDA Cooperative Agreement with John Cromartie (2006-2008) – Department of Agriculture. $50,000 to study the effects of baby boom migration on the size and characteristics of rural populations.