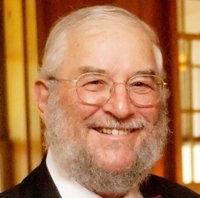 David Rosenberg is Professor Emeritus of Political Science at Middlebury College, Vermont, USA and Visiting Fellow in the Department of Political and Social Change in the College of Asia and the Pacific at the Australian National University in Canberra. He is also editor of the South China Sea WWW Virtual Library [http://www.southchinasea.org/].

“South China Sea: Why not take up China on its words?,” Canberra Times, June 3, 2015.
http://www.canberratimes.com.au/comment/south-china-sea-why-not-take-up-china-on-its-words-20150603-ghg1aw.html

Trekking to Mustang, 1964: Crossing Paths with Mastiffs and Khampas in the Himalayan Kingdom of Lo, Wren Song Press, October 2016. Amazon.com