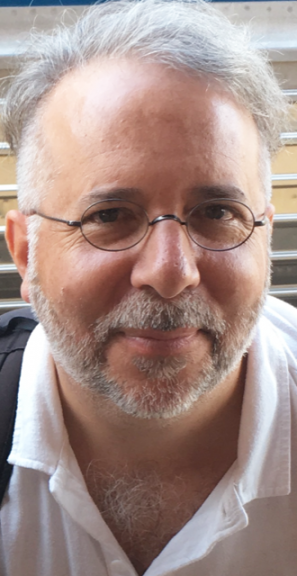 I am a professor of philosophy and Jewish studies. I taught Continental Philosophy and Modern Jewish Thought for many years in London. I am originally from New York, studied in Vermont, and returned to Vermont after 20 years in Europe. I received a PhD from the Free University of Berlin with an expertise in 19th and 20th century German-Jewish philosophy and culture, critical theory, philosophy of race, religion, holocaust and fascism.

I teach in German and English, and have received research awards from the British Academy, Senate of Berlin, and the DFG. I am especially interested in the work of Hannah Arendt, Hans Jonas, Walter Benjamin, Gershom Scholem, and Emmanuel Levinas. I am currently working on a book on Arendt and serve on the advisory board of the Intellectual History Review.

Philosophy of Fascism in the work of Adorno, Arendt and Benjamin
Was the previous US administration fascist? Was it comparable to 20th century European fascism? Upon finding refuge in America, several German-Jewish philosophers sought to understand the terms fascism, authoritarianism and totalitarianism. They focused on morality, participation and subjectivity rather than the figure of the dictator. They asked if this could happen in America. We will begin with a survey of contemporary debates and then read selections from Adorno/Horkheimer, Dialectic of Enlightenment (1947), Adorno, The Authoritarian Personality (1950), and Arendt, The Origins of Totalitarianism (1951). We will conclude with Benjamin’s Thesis on the Philosophy of History (1940).
Eric Levi Jacobson has taught philosophy and Jewish Studies in London and Berlin. He is the author of Metaphysics of the Profane: The Political Theology of Walter Benjamin and Gershom Scholem, New York: Columbia University Press, 2003./

Introduction to the Western Philosophical Tradition
This course will introduce students to fundamental philosophical issues concerning the nature of reality (metaphysics), the possibility of knowledge (epistemology), and the nature of value (ethical theory) through a reading of a number of important primary texts of thinkers such as Plato, Aristotle, Descartes, Hume, Kant, Kierkegaard, Mill, Nietzsche, and Freud. Cannot be taken by students with credit for PHIL 0151. 3 hrs. lect., 1 hr. disc.

Critical Theory and Philosophy
Critical theory is a social and political philosophy that emerged from 19th century continental thought in relation to political economy, psychoanalysis and aesthetic theory. It is concerned with the application of philosophy to “the abolition of social injustice” as Max Horkheimer once noted. This is
an introductory, discussion-based seminar where we will begin with Hegel and Marx and read primary texts from the Frankfurt School on alienation, material culture, and dialectical reasoning. Authors to include: Adorno, Benjamin, Butler, Habermas, Jaeggi, Marcuse. We will conclude with a selection from contemporary critical race theory, performative and social philosophy.

- “The Future of the Kabbalah: On the Dislocation of Past Primacy, the Problem of Evil and the Future of Illusions” in Kabbalah and Modernity, eds. Boaz Huss, Marco Pasi and Kocku von Stuckrad, Leiden: Brill, 2010, 57-96.