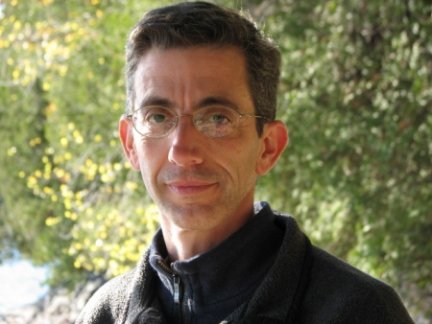 Jacob Tropp has taught in the History Department since 1999.  He received his B.A. from Haverford College and his Ph.D. in African history at the University of Minnesota, where he was also a funded scholar in the MacArthur Interdisciplinary Program on Global Change, Sustainability, and Justice.  His doctoral dissertation, “Roots and Rights in the Transkei: Colonialism, Natural Resources, and Social Change, 1880-1940,” received the 2003 award for best dissertation in environmental history from the American Society for Environmental History.  His research on social and environmental history in the Eastern Cape of South Africa was the basis of his book Natures of Colonial Change: Environmental Relations in the Making of the Transkei (Ohio University Press, New African Histories Series, 2006) as well as several articles published in African history journals.  He has been awarded fellowships and grants from the American Council of Learned Societies, the Rachel Carson Center in Munich, Germany, the American Philosophical Society, the Social Science Research Council, and the U.S. Department of Education’s Fulbright-Hays Seminars Abroad program.  His current work pertaining to South Africa includes research on colonial era conflicts over health and healing rituals in the Eastern Cape.  He is also working on a book project of a more transnational nature, currently titled Native America and the Globalization of Development, which explores the international connections between U.S. government programs on Native American reservations and Western development efforts overseas in the mid-20th century.  He teaches a wide range of courses related to African history, from introductory survey courses on early and modern Africa to topical seminars on women and gender, human-environmental interactions, popular culture, everyday life in South Africa, and liberation struggles in southern Africa.

Independent Study
In this course, students (non-seniors) carry out an independent research or creative project on a topic pertinent to the relationship between humans and the environment. The project, carried out under the supervision of a faculty member with related expertise who is appointed in or affiliated with the Environmental Studies Program, must involve a significant amount of independent research and analysis. The expectations and any associated final products will be defined in consultation with the faculty advisor. Students may enroll in ENVS 0500 no more than twice for a given project. (Approval only)

Senior Independent Study
In this course, seniors complete an independent research or creative project on a topic pertinent to the relationship between humans and the environment. During the term prior to enrolling in ENVS 0700, a student must discuss and agree upon a project topic with a faculty advisor who is appointed in or affiliated with the Environmental Studies Program and submit a brief project proposal to the Director of Environmental Studies for Approval. The expectations and any associated final products will be defined in consultation with the faculty advisor. Students may enroll in ENVS 0700 as a one-term independent study OR up to twice as part of a multi-term project, including as a lead-up to ENVS 0701 (ES Senior Thesis) or ENVS 0703 (ES Senior Integrated Thesis). (Senior standing; Approval only)

Everyday Life in South Africa, 1948-Present
In this seminar we will explore some of the social worlds of South Africans amid the country's recent decades of turbulent and dramatic change. We will look at how different groups within the nation's diverse population have understood and experienced the rise of the apartheid system, its demise, and its legacies in their "everyday" lives and interactions. We will draw from various sources - non-fiction, fiction, film, music, and other forms of popular culture - to interpret these social dynamics and their ongoing significance in a post-apartheid society. 3 hrs. sem.

History of Africa To 1800
This course offers an introductory survey of African history from earliest times to 1800. Through lectures, discussions, readings, and films, we will explore Africa’s complex and diverse pre-colonial past. Themes examined in the course include development of long-distance trade networks, the linkages between ecological change and social dynamics, the formation of large pre-colonial states, and the transatlantic slave trade and its impact on social and economic relations within Africa. A broader concern in the course is how we have come to understand the meaning of “Africa” itself and what is at stake in interpreting Africa’s pre-colonial history. Pre-1800. 3 hrs. lect./disc.

History of Modern Africa
We begin looking at revolutions in the early 19th century and the transformations surrounding the slave trade. Next we examine the European colonization of the continent, exploring how diverse interventions into Africans' lives had complex effects on political authority, class and generational dynamics, gender relations, ethnic and cultural identities, and rural and urban livelihoods. After exploring Africans' struggles against colonial rule in day-to-day practices and mass political movements, the last few weeks cover Africa's transition to independence and the postcolonial era, including the experience of neo-colonialism, ethnic conflict, poverty, and demographic crisis. (formerly HIST 0226) 2 hrs. lect., 1 hr. disc.

Health and Healing in African History
In this course we will complicate our contemporary perspectives on health and healing in Africa by exploring diverse historical examples from the continent's deep past. Our readings, discussions, and papers will cover a range of historical contexts and topics, such as the politics of rituals and public healing ceremonies in pre-colonial contexts, state and popular responses to shifting disease landscapes in the colonial era, long-term cultural and economic changes in healer-patient dynamics, the problematic legacies of environmental health hazards in the post-colonial period, and Africans' engagement with global health interventions in recent decades. (Counts for HSMT credit) 3 hrs. sem.

South Africa in the World

South Africa in the World
Despite the unique trajectory of the rise and fall of apartheid in South Africa, scholars have increasingly moved away from viewing the country’s past as exceptional or isolated from broader world historical developments. Taking up this challenge, our course will explore some of the significant global and transnational dimensions of the making of modern South Africa over the past few centuries. Some of the major topics will include: the expansion of different strands of European colonialism and missionary work; Africans’ engagement with transnational imperial networks; the wider international influences behind the state’s creation and implementation of apartheid; and popular resistance against apartheid and how it intersected with global activist movements. 3 hrs. lect./disc

Struggles for Change in Southern Africa
In this course we will examine the tumultuous period of social struggle in southern Africa in the decades following World War II. Major topics to be covered include the rise of apartheid and the mobilization of anti-apartheid resistance in South Africa and Namibia; the liberation struggle against white settler rule in Zimbabwe; the fight for freedom from Portuguese colonialism in Mozambique; and Mozambique's protracted civil war following independence. A central purpose of this course is to explore how these different arenas of struggle transformed individual lives and social relations in complex and diverse ways, generating enduring impacts and challenges within the region.

Readings in African History: Women and Gender in Africa
This course takes up the challenge of understanding women's experiences and the role of gender in Africa's past. We will read from a wide variety of disciplinary perspectives and literary forms, including ethnographies, life histories, and fiction, in order to explore different methodological and interpretive approaches to these subjects. Themes will include: changes in the structure of patriarchy and women's status in the pre-colonial period, the gendered impact of colonial rule on African economies and ecologies, historical identities of masculinity and femininity, and gendered experience of postcolonial "development." Prior experience in African history is not required. 3 hrs. seminar

Special research projects may only be taken during the Junior or Senior year, preferable after taking HIST 0600. Approval of department chair and project advisor is required.

Writing History
In this course students discuss historical methods and writing strategies to create convincing historical narratives. With the approval and guidance of the professor, students complete a 20-25-page research paper based on primary and secondary sources. Students take this course in the fall of their junior year or with permission in the spring. If students are away for the entire junior year, they can take the course in the fall of their senior year. 3 hr. sem.

Senior Independent Study I
The optional History Senior Thesis is written over two terms, with the final grade applying to both terms. Approval is required. Students submit thesis proposals in the spring before the year that they choose to write their thesis. Students generally begin their thesis in the fall and complete it during winter or spring. Approval is required to begin the thesis in winter or spring. All students must attend the Thesis Writer's Workshops in fall and winter semesters and work with a faculty advisor to complete a 55-70 page paper. Please see detailed guidelines under history requirements.

Senior Independent Study II
With departmental approval, senior history majors may write a two-term thesis under an advisor in the area of their choosing. The final grade is applied to both terms. Students must submit thesis proposals in the spring before the academic year that they choose to write their thesis. They must attend the Thesis Writers' Workshops held in the fall and winter of the academic year in which they begin the thesis. The department encourages students to write theses during the fall (0700) and winter terms (0701), but with the permission of the chair, fall/spring and winter/spring theses are also acceptable. Under exceptional circumstances, the department may approve a thesis initiated in the spring of an academic year and finished in the fall of the following year. Further information about the thesis is available from the department.

“Locust Invasions and Tensions over Environmental and Bodily Health in the Colonial Transkei,” in David M. Gordon and Shepard Krech III, eds., Indigenous Knowledge and the Environment in Africa and North America (Ohio University Press, Ecology and History Series, 2012).

“The Contested Nature of Colonial Landscapes: Historical Perspectives on Livestock and Environments in the Transkei,” Kronos: The Journal of Cape History 30 (November 2004), 118-37.

“The Python and the Crying Tree: Interpreting Tales of Environmental and Colonial Power in the Transkei,” International Journal of African Historical Studies 36, 3 (2003), 511-32.