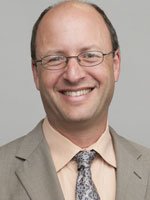 Theodore Sasson is Professor of Jewish Studies. Beginning in 2017, he is on-leave from the College and serving as Director of Programs for the Jack, Joseph and Morton Mandel Foundation.

Trained as a sociologist, Prof. Sasson has written widely in the fields of diaspora studies, heritage tourism, Israeli politics, American Jewish opinion, American Jewish demography and criminology. He is author, most recently, of The New American Zionism (New York University Press, 2014) and “The Politics of Israel in the American Jewish Community” (in Frederick Greenspahn, editor, Contemporary Israel: New Insights and Scholarship, New York University Press, 2016). He is co-author of Millennial Children of Intermarriage: Touchpoints and Trajectories (Cohen Center for Modern Jewish Studies, 2015).

Prof. Sasson’s previous books include The Politics of Injustice: Crime and Punishment in America (co-author, Sage Press, 2004) and Crime Talk: How Americans Construct a Social Problem (Aldine, 1995). He is author of dozens of scholarly articles and research monographs and his essays have appeared in The Forward, Tablet Magazine, The Jewish Week, The Jerusalem Post, Sh’ma Magazine and other periodicals.