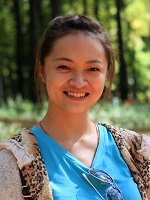 Tianyao graduated from Tianjin Polytechnic University in 2008 with a major in fashion design and textile engineering. She continued her study in Beijing Institute of Fashion and Technology and obtained her master’s degree in Art Design in 2011.  After graduating, she worked for a magazine in Beijing as an editor before returning to her hometown of Kunming. Tianyao joined MiC Kunming in 2013 and has received a rigorous training as a Chinese language instructor.  Tianyao is passionate about teaching which she approaches from a perspective of creativity learned from design. She has a strong interest in drawing, handicrafts, ethnic arts and Chinese contemporary literature.