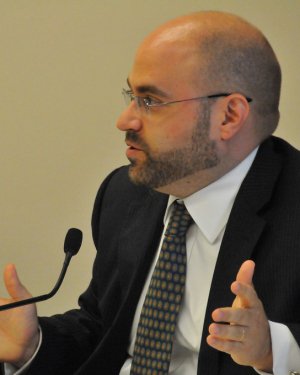 Lyndon Allin is a senior associate in Baker McKenzie’s Washington, DC, office. He previously practiced law with international firms in London and Washington, and before law school spent several years in Moscow managing the European operations of an international law firm. Prior to joining the Firm, Lyndon worked as a senior adviser with Crisis Management Initiative, a private diplomacy, and peacebuilding NGO, focusing on conflicts in the South Caucasus. Before that, he was seconded by the US State Department to the Organization for Security and Cooperation in Europe (OSCE), where he served as the senior political officer at the Mission to Moldova, covering the Transnistrian conflict settlement process. As a rapid responder, he helped establish the OSCE Special Monitoring Mission to Ukraine and participated in negotiations in Donetsk Oblast in 2014 which resulted in the release of 21 hostages. Lyndon advises clients on risk management in emerging markets, including compliance aspects of mergers and acquisitions and other corporate transactions, third-party due diligence, internal corporate investigations, and political risk.