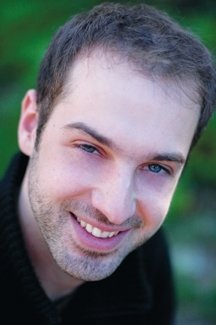 From saving the whales of the Antarctic to studying the salmon of Alaska, Casson Trenor has worked to support stewardship of our marine resources across the globe. Trenor has stalked the fetid warehouses of Tsukiji fish market in Tokyo, spent months journeying by ship through the icy waters of Antarctica, berthed on leaking wrecks off the African coast, and gone octopus fishing with holy men on the Island of Yap. In hundreds of conversations with fishermen around the world, he has heard one statement repeated time and time again: “The fish are gone.” These four words led Trenor to realize that the oceans are in dire need of our help.

Trenor currently holds the position of Seafood Team Leader with Greenpeace USA, where he spearheads the organization’s efforts to transform the global tuna industry. As a senior Greenpeace campaigner, Trenor has designed, executed, and won campaigns – both confrontational and cooperative – to improve the seafood operations of major companies such as Costco, Trader Joe’s, Target, Walmart, and Safeway. Trenor has been the primary author and architect of Greenpeace’s annual Carting Away the Oceans reports – a sustainable seafood ranking series that has been credited with a creating massive progress within the US retail sector – since 2009.

Beyond his Greenpeace work, Trenor has authored Sustainable Sushi: A Guide to Saving the Oceans One Bite at a Time, a pocket guide that enables consumers to dine with confidence at the sushi bar. In an effort to bring sustainable sushi out of the conceptual realm and into the American foodscape, Trenor founded the world’s first sustainable sushi restaurant, San Francisco’s Tataki Sushi and Sake Bar, in February 2008. He has also converted two “conventional” sushi bars – Seattle’s Mashiko and Miya’s in New Haven, CT – into sustainable sushi operations. In October 2010, Trenor opened Tataki South, a venture that expanded the concept of sustainable sushi as a fine dining experience. November 2011 saw the opening of Tataki Canyon, the third restaurant under the Tataki banner, through which Trenor concentrates on fully aligning sushi and Japanese culinary tradition with seasonal ingredients and community-focused cuisine.

In October 2009, Trenor was awarded the title “Hero of the Environment” by TIME Magazine, and in August 2010, Trenor received a Congressional Commendation and the “Ocean Protection Hero” award from the well-respected environmental organization Save Our Shores. Trenor is also an author and signatory of the Call to Action of the European Environment Foundation’s 2nd International Convention of Environmental Laureates. Documentary director Mark Hall’s 2011 award-winning film Sushi: The Global Catch focuses extensively on Trenor, glowingly showcasing his work within the sustainable sushi movement. Trenor is also a primary focus of Peter Young’s forthcoming Antarctic conservation documentary The Last Ocean, as well as a main character in Peter Heller’s book, The Whale Warriors.

Born in Washington State and living in San Francisco, Trenor speaks five languages, has traveled to over sixty countries, and holds an MA in International Environmental Policy from the prestigious Middlebury Institute of International Studies (MIIS), which in May 2012 honored Trenor by presenting him with its Alumni Achievement Award. Prior to his graduate studies, Trenor received a BA in Political Science from Hobart College, where he was inducted into Phi Beta Kappa.