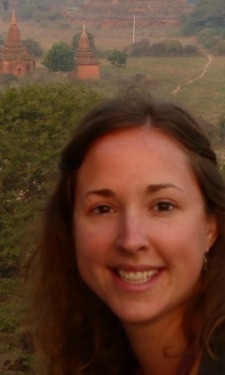 Originally on the path to become a professional opera singer, Clare Margason defines her core identity as a singer, activist, runner, environmentalist, and international traveler. Despite living elsewhere for the past ten years, Clare still considers raining Seattle home. Now in her second semester at MIIS, Clare is pursuing a Master’s degree in Public Administration. The international vibe of MIIS captivates Clare, as she never lived in a community that shares so many of her interests. The Race Conference last semester sparked Clare’s initial interest in Allies at MIIS. In addition to the conference, she heard the stories of international students facing racism and prejudice, and she wanted work towards reducing such cases and encourage conversations about racial equity on campus. While Clare sees herself on the path of becoming an ally, she understands an ally as someone who recognizes their inherent privileges and uses these to support those who are under-privileged. An ally devotes a considerable amount of time and energy to understanding the issues. These stories of injustice left Clare feeling frustrated and angry, but she is seeking a way to transfer these emotions into positive feelings. Clare personally feels more productive when she faces any problem with a positive attitude.