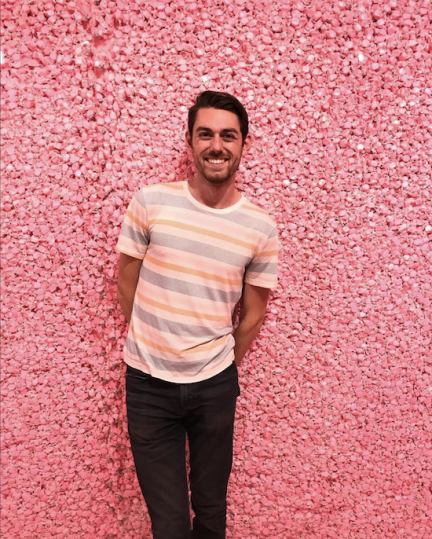 Jacob Dwyer is a 5th generation Californian pursuing a Master’s degree in Public Administration. Although he has moved about 26 times, his ‘locality’ would definitely resonate within an identity of ‘NorCal’, having spent most of his youth in the Sacramento area. In addition to this, he identities as a white, male, cisgendered, queer man. During college, he worked with the Resource Center for Sexual and Gender Diversity to increase awareness and understanding on his undergraduate campus, and grew within his identity as a queer man. However, within this growth was also the unwrapping of many institutionalized layers of white privilege that were unbeknownst to him at the time, and continues to be a process to this day. After college, Jacob joined Peace Corps and spent two years in the Kyrgyz Republic. It was in this experience that he found his love for Central Asia and Development, which brings him to MIIS today! Through Allies at MIIS, Jacob hopes to continue this journey of self-reflection and growth through a community of individuals who are brave enough to face the problem of racism, both locally and in wider contexts. He also hopes to be a resource to any students on campus who want to continue the conversation about LGBTQ identity on a one-to-one basis.