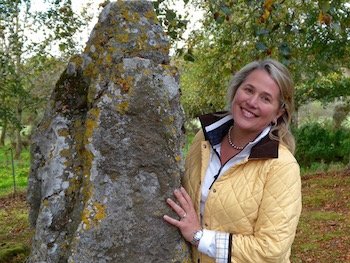 I grew up along the shores of the Puget Sound in Seattle, Washington. My parents and grandparents provided an active environment for my two brothers, sister, and myself, with frequent outdoor adventures. Despite these special experiences in the Pacific Northwest, I was always intrigued by other countries and cultures, and could not wait to get my first passport. This prompted me to attend St. Edward’s University, in Austin, Texas, graduating with a B.A. in International Studies, and included a year-long exchange in Canada. As a young adult, I had the opportunity to live in Abu Dhabi for four years, arriving just before the attack on the U.S.S. Cole, and leaving after start of the war in Iraq. The political events of that time reignited my interest in Conflict Resolution, and International/Intercultural Communications. I’ve lived and worked in the U.K. for the past nine years, and plan to graduate with a M.A. in Communication and Leadership Studies from Gonzaga University in December 2016. I am especially grateful for time spent with the peace practitioners and former combatants in Northern Ireland, as part of Gonzaga’s Peacebuilding through Dialogue study abroad program. It’s my hope that the MIIS SPP will augment my understanding of how peace is sought, brokered, maintained, and how reconciliation and forgiveness fit into the equation.