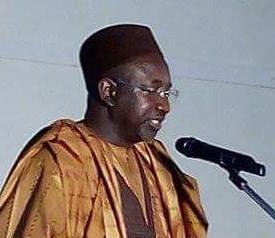 I was born  in Kaduna , the capital of Kaduna State , to the family of Malam Abdullahi Manya. I completed my primary education at L.E.A. Primary School Badiko in 1982. Subsequently, I proceeded to Government College, Kaduna where I had my secondary education between 1982 and 1988 . In 1989, I got admission into Bayero University, Kano, where I obtained a degree in Islamic Studies / Hausa Language in 1993. I served the good people and government of my state, Kaduna Stat , as the Senior Special Assistant to the Executive Governor on Islamic Matters and Pilgrimage from 2010 to 2011. Afterwards, I was appointed as the Special Adviser to the Executive Governor of the State on Islamic Matters and Pilgrimage in 2011. I served in that office up to 2015. Since my childhood, I always dislike bloodshed and destruction of property of any human being. Hence, my passion for Peacebuilding work. Consequently, I joined the Global Peace Foundation in 2013. In 2015, I became the Foundation’s Co-coordinator in Northern Nigeria. A position I still hold. I’m married to Hajiya Hauwa’u and blessed with five children.