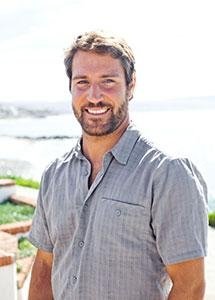 Nik is the Executive Director of Save The Waves Coalition, where he oversees operations and World Surfing Reserves, Surfonomics and Endangered Waves programs.

He holds a BA in International Affairs from Lewis and Clark College and a Masters in Public Administration from the Middlebury Institute of International Studies, with a focus on conservation and international non-profit management. Prior to joining Save The Waves, Nik developed cutting edge programs for the Resource Conservation District of Santa Cruz County, focusing on non-market and performance-based incentives for conservation and water quality, bilingual conservation outreach and multi-stakeholder dialogue focused on water issues in the Pajaro Valley.

As Associate Director of the Coastal Watershed Council he launched the environmental education program “Trees to Seas” and oversaw stewardship and water quality monitoring programs in the Monterey Bay area. Nik also co-founded and led the Conservation Leadership Program, a professional training program at the Middlebury Institute of International Studies. He has also worked as a consultant in ecotourism development and protected areas in coastal communities in Croatia and Costa Rica. In 2009, he produced and directed his first documentary film on the roots of skateboarding in Uganda and Nicaragua, which was featured in the Santa Cruz and Seattle Film festivals. He has traveled and surfed widely and is fluent in Spanish, French and Italian.

Growing up as the son of a fisherman and a teacher in Washington State, the coast has always played an important role in his life.