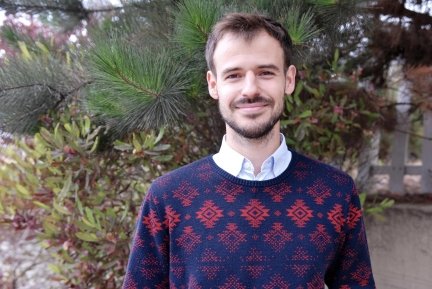 Óscar Cejudo Corbalán is an International Policy and Development student born and raised in a small town in Cádiz (Andalucía), the southernmost region of Spain. While finishing his Joint Bachelor’s and Master’s Degree in Architecture he realized his strong interest and passion for the defense of Social Justice. This brought him to a rural school in Guatemala where he was volunteering as a teacher for indigenous children. After that he came back to Spain and volunteered with Red Cross and Asociación Pro Derechos Humanos de Andalucía. With them, he worked with refugees and minorities mainly related to the constant migration flows that this region receives from Africa, and he imparted several workshops to students about racism and phobias, hatred speech, and migration among others. Óscar really wants to dedicate his professional life to work with injustices trying to do his best to move towards a positive transformation of the world. That’s why he decided to attend MIIS, where he expects to gain the theory he’s lacking to improve his involvement in this field. Through Allies at MIIS he wants to approach, study, and discuss different faces of racism and the phenomena related to them in a different perspective from the ‘standard’ academic one. Among his personal hobbies, he loves traveling –he has visited over 30 countries around 5 continents-, meeting new people with different stories, eating, and reading comic books.