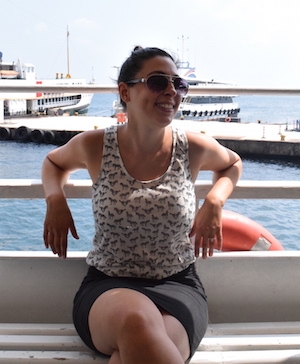 Formerly a professional server in beverage-focused dining establishments in Wisconsin, Rebecca Picard, just joined the MIIS community as a traveler of the European region. At this moment, in a constantly evolving struggle with defining her identity, Rebecca has gone back to the basics and defines her core identity as a Midwestern, white female. She is currently embracing the ambiguity of grad school and life while working towards an MA in International Policy and Development, with aspirations to represent the United States as a Political Foreign Service Officer with the Department of State. Rebecca joined Allies at MIIS after trying to grapple with the concepts of race, privilege, power, and diversity alone. She wanted to be part of a community of likeminded people who are devoted to the life-long commitment of being an ally. Rebecca believes in grassroots, bottom-up solutions to the world’s pressing problems, and that begins with Allies at MIIS. To encourage awareness, she believes starting with the MIIS community is a challenging beginning to widespread change.