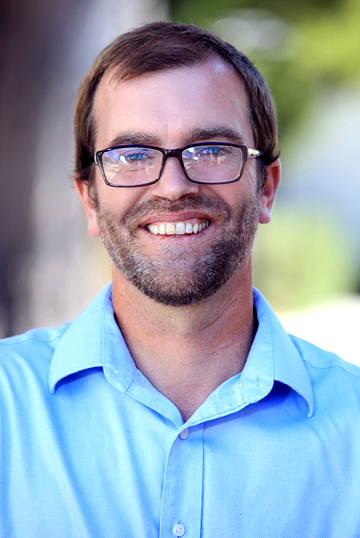 In addition to teaching Spanish and English at the Institute, Professor Curran also teaches, translates, and interprets for a variety of institutions in the Monterey Bay. He grew up in Manhattan Beach, California before moving to La Jolla, California to study at UC San Diego. After graduating in 2002, Sean lived in San Sebastián, Spain for five years where he studied Basque and Psychological Didactics of Language and Literature. While there, he also taught English and Spanish Literature and was able to surf throughout Europe and Africa. In 2007, he moved to Puerto Rico to homeschool young professional Puerto Rican and Latin American surfers.

Curran returned to Los Angeles, California in 2008 to work as a translator and interpreter, working in a variety contexts including media, movie subtitles, law, medicine, and insurance. Curran moved to Monterey in 2010 to begin studying at the Institute, where he met his wife, Jocelyn. They currently live happily in Santa Cruz with their dog, Rita Seal.

Curran is passionate about language learning — his principal languages are Basque, English, and Spanish. He is particularly interested in how language relates to psychology, culture, knowledge, negotiation, persuasion, power, etc. He enjoys linguistics, history, oceanography, meteorology, and geopolitics, and loves to surf and travel — hopefully yoga will help him surf forever.

Professor Curran has been teaching at the Institute since 2012.