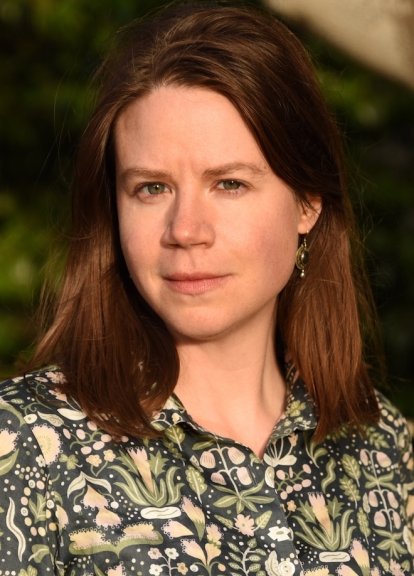 Susanna received her PhD from Princeton University’s Department of Slavic Languages and Literatures where she was trained also in methods of teaching Russian language. Her book-in-progress, From Metaphor to Direct Speech: Russian New Drama after 1991, documents a network of playwrights, their aesthetics, and the political implications of their dramas for the 21st-century. The research for this book – months of ethnographic observation, and dozens of field-produced interviews with Russian writers – is part of the many reasons that Susanna has been drawn to language study. In the early days of her theatre research she studied directing at a conservatory in Moscow, G.I.T.I.S., Russian Academy for Theatrical Arts. Her love of theater has been a skill that is highly applicable to language pedagogy for helping students review grammar, improve pronunciation, and gain confidence speaking and presenting in the target language. Skits that students write, students’ participation in interactive dialogue and in scenes of original literature are activities that apply both to communicative-based instruction and content-based instruction. Indeed, Susanna is interested in experiential/experimental approaches to pedagogical modes, and one of the reasons she loves teaching at the Summer Intensive Language Program is to be working in this innovative environment where teachers are bringing new approaches to lesson design and student engagement with the target language.

Her articles on performance expand her research on Russian New Drama and appear in the peer-reviewed journals TDR: The Drama Review (2016), Stanislavsky Studies (2019), Studies in Russian and Soviet Cinema(2018), and she co-edited New Russian Drama: An Anthology (Columbia UP, 2019).  She taught all levels of Russian at Dalhousie University in Canada, where she also taught core Russian culture courses. Other courses she has taught are modern and contemporary Russian literature, topics of gender in literature, and translation studies. Several of her advanced students have published translations under her guidance. She is excited to begin teaching as Visiting Assistant Professor of Russian at Sewanee: The University of the South, where she will teach all levels of Russian and teach in a state of the art Interdisciplinary Humanities program.

From Metaphor to Direct Speech: Russian New Drama after 1991 (in progress)