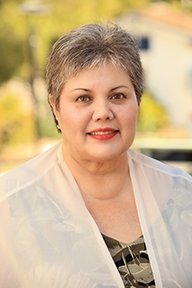 Tanya Williams was born in Japan and spent the first 17 years of her life there, receiving her education in a French convent school that taught in English. Her life at home was conducted exclusively in Japanese. After receiving her BS in pre-medicine/psychology from the University of San Francisco, she went to the University of Toronto, where she received her MA in Child Counseling and Assessment.

Returning to San Francisco, she embarked upon a career in counseling, but quickly became disillusioned and began to explore alternative fields, including advertising and merchandising, as well as technical Japanese-to-English translation. She began working full-time as a translator in 1988, while being trained by Donald Philippi, a Japan scholar who had translated the Kojiki. She has been teaching Japanese to English translation at MIIS since 1995. She specializes in medical and patent translation, but also works on financial, legal and technical translation.

Tanya is interested in medicine, music and ballroom dancing. Her classes are oriented toward commercial translation, especially financial and technical. She also offers a class on Japanese to English medical translation that focuses on parsing techniques.

Professor Williams has been teaching at the Institute since 1995.