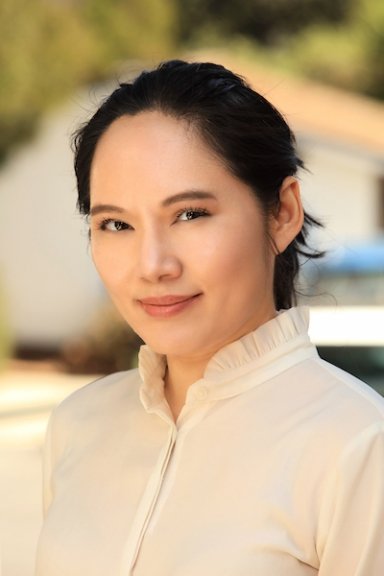 Born and raised in Taipei, Taiwan, Ms. Ding first came to the United States in 2001, ostensibly to earn a master’s degree in American Studies at SUNY Buffalo, but in reality to learn how to read and write English.

Hoping to turn her language skills into a vocation, Ms. Ding was later accepted by the Beijing Foreign Studies University and Shanghai International Studies University to pursue another MA in conference interpretation.  She eventually earned one from the Monterey Institute on its maximum merit scholarship.

Upon graduation in 2007, Ms. Ding passed the highest level exam at the U.S. State Department and became a contractor for conference, seminar and liaison assignments for various government agencies.

She has been a freelance interpreter ever since, assisting not just the rich and famous at some of the most prestigious events, but also countless unsung heroes in challenging settings such as aboard container ships, cargo planes, police cars, in prisons, on construction sites, at factories, housing projects, rehab centers, laboratories and radiation screening facilities.

Known for her clear, succinct delivery and a sense of humor, Ms. Ding returns to MIIS as an instructor and continues to practice as a freelance interpreter.

Ms. Ding lives locally with her husband, two children and a pair of rabbits.

Ms. Ding has been teaching at the Institute since 2011.