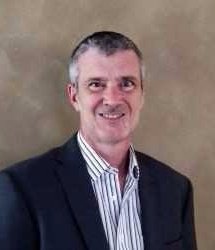 Will David’s thirty years of service in the U.S. Army honed his expertise in national security. A combat veteran, he served in a variety of leadership and staff positions in the U.S and Europe and deployed units for operations in the Balkans, Africa, Central America, Central Asia, and the Middle East. Among many notable tours, he led units in support of operations in Iraq and Afghanistan, managed the Pentagon’s office responsible for fielding new intelligence capabilities for the war, and advised the senior leaders of the Iraqi intelligence agencies.

David concluded his military career as an associate professor at the National War College where he co-developed and taught the cornerstone course on national security strategy development. He has been an adjunct professor at Middlebury since 2016, teaching Economic Statecraft and Cross-Cultural Conflict Analysis and Resolution in the International Trade and Diplomacy Program. He is also an adjunct professor at George Mason University where he teaches courses on terrorism and conflict theory in the School for Conflict Analysis and Resolution.

Security policies are not necessarily predicated on objective threat assessments. On a trip to West Africa in 2005, the lead engineer on a dam cited climate change as the top threat given decreasing water levels and his country’s reliance on hydropower. My team didn’t know how to respond. Yet, as we prepared to leave, the engineer added, “but when you return to Washington, tell them we are most concerned about terrorism.” My team felt as ease, recognizing in terrorism a familiar threat. I realized that the engineer knew us better than we knew ourselves and since that moment I have focused on threat analysis, policy responses, and critical thinking. I am particularly interested in the intersection of non-traditional threats and security, a theme explored in my dissertation.

Professor David has been teaching at the Institute since 2016.